“Handsome and courteous, Wilson had natural presence.  His affable nature, keen interest in sport and unflagging support he gave to organisations [such as Scouts] and service functions during the war years were warmly regarded by Queenslanders.” 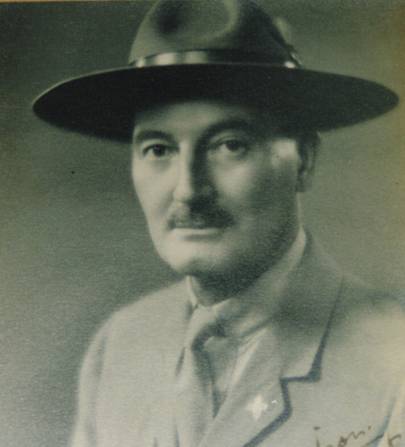 DSO -       the Distinguished Service Order awarded 1901.  The DSO is a military decoration awarded for meritorious or distinguished service by officers during wartime, typically in actual combat.[17]

CMG -      Companion in The Most Distinguished Order of St. Michael and St. George, appointed in 1916.[18]  This is a British order of chivalry to honour individuals who have rendered important services in relation to Commonwealth.

GCIE –     Knight Grand Commander in The Most Eminent Order of the Indian Empire appointed in 1923.  This is an order of chivalry founded by Queen Victoria in 1877.

GCSI –     Knight Grand Commander in The Most Exalted Order of the Star of India appointed in 1929.

GCMG -   Knight Grand Cross in The Most Distinguished Order of St Michael and St George, appointed in 1937.[19]

[19].           An occasionally used humorous mnemonic from Yes, Minister to remember the seniority order is: CMG "Call me God", KCMG "Kindly Call me God" and GCMG "God Calls me God".